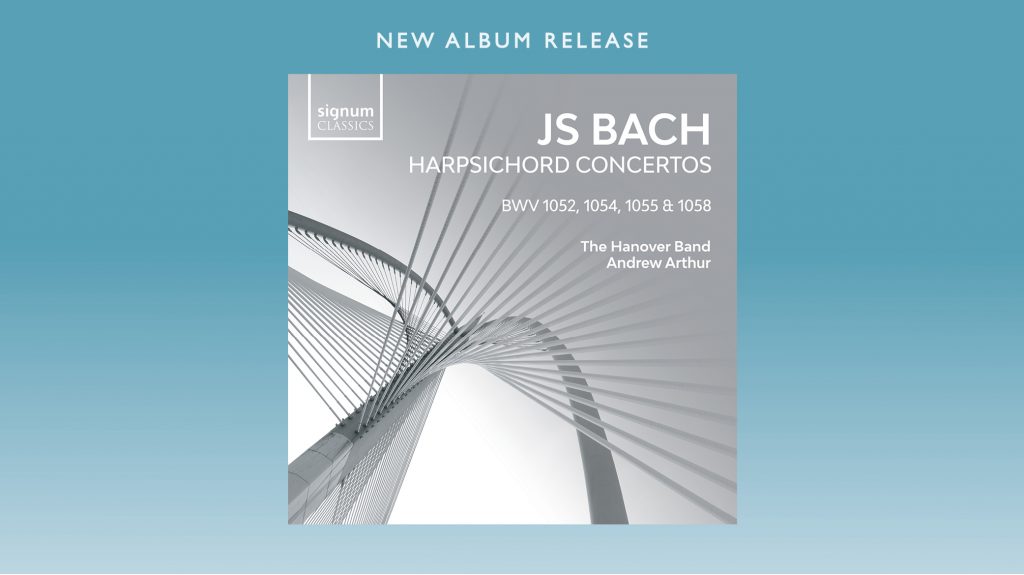 Celebrating Schubert on his 225th Anniversary (1797-2022) This season The Hanover Band are delighted to be performing a series of live, Summer Concerts at The Arundel Festival in August 2022, including a welcome return to the collaboration with The Roy… 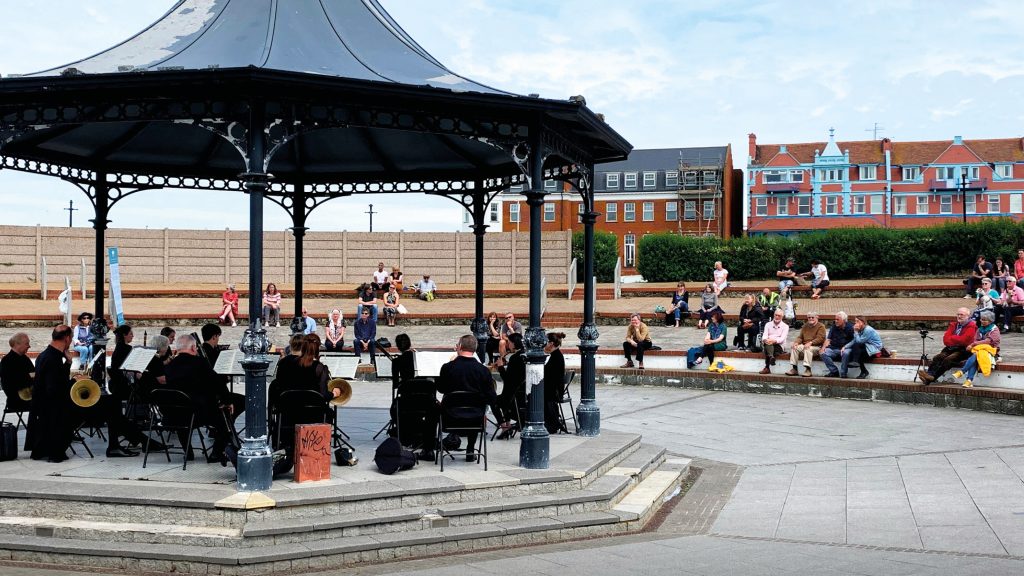 Over the summer The Hanover Band held a series of outdoor concerts in Bandstands across the South East – in Margate, Brighton and Hastings. These family friendly concerts brought people together to listen to live classical performances, giving young an… 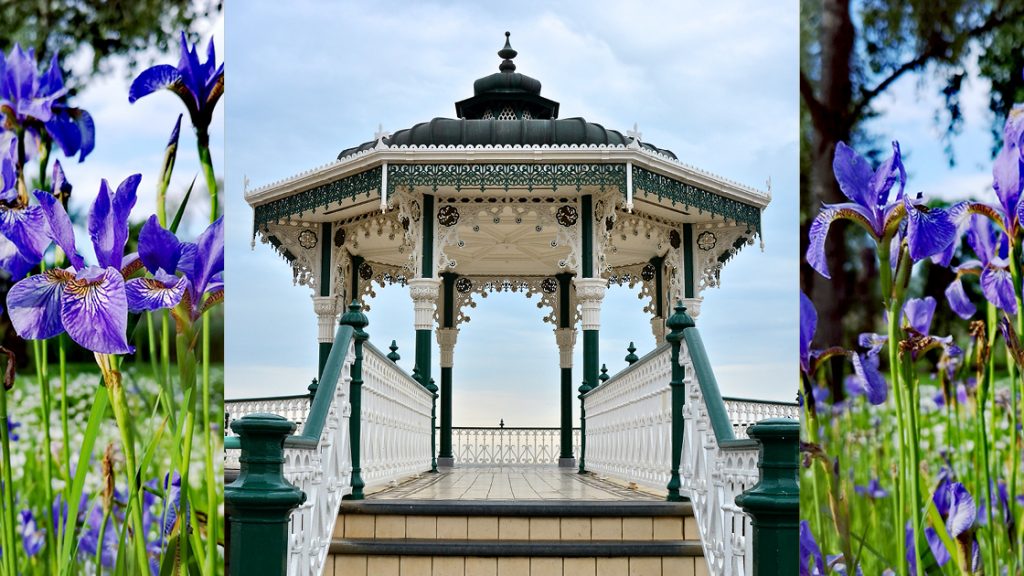 We are delighted to announce that the The Hanover Band will hold a series of family-friendly outdoor concerts on bandstands this summer. The Band will perform Beethoven’s Wind Octet Opus13 and the Mozart Serenade No 10 K361, known as the ‘Gran Partita’… 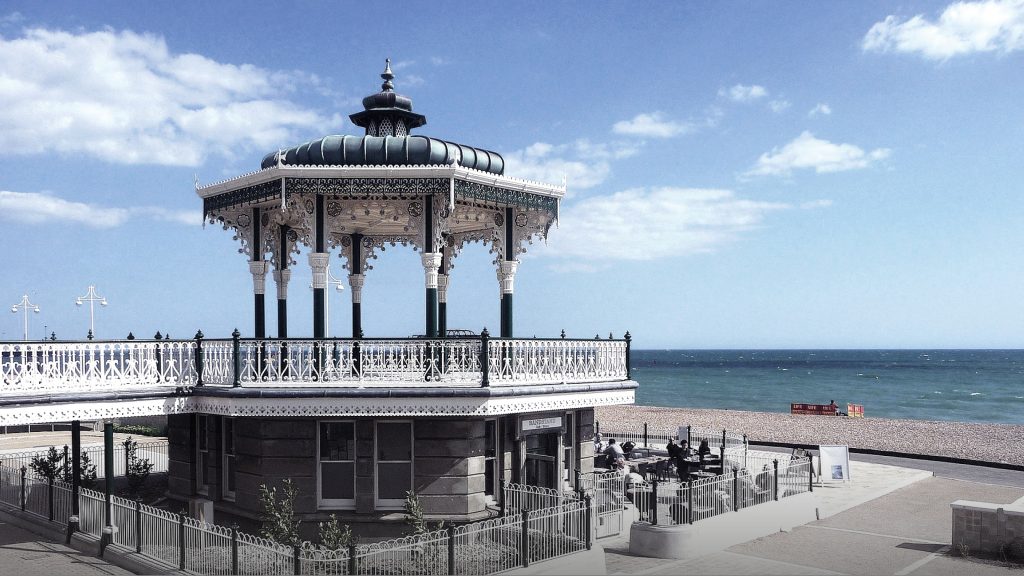 The Hanover Band to receive £75,000 from Culture Recovery Fund

The internationally acclaimed Hanover Band will hold a series of bandstand concerts this summer in preparation for its return to the concert hall. The Hanover Band, based in Arundel, West Sussex, will use a £75,000 grant from the government’s Culture R… 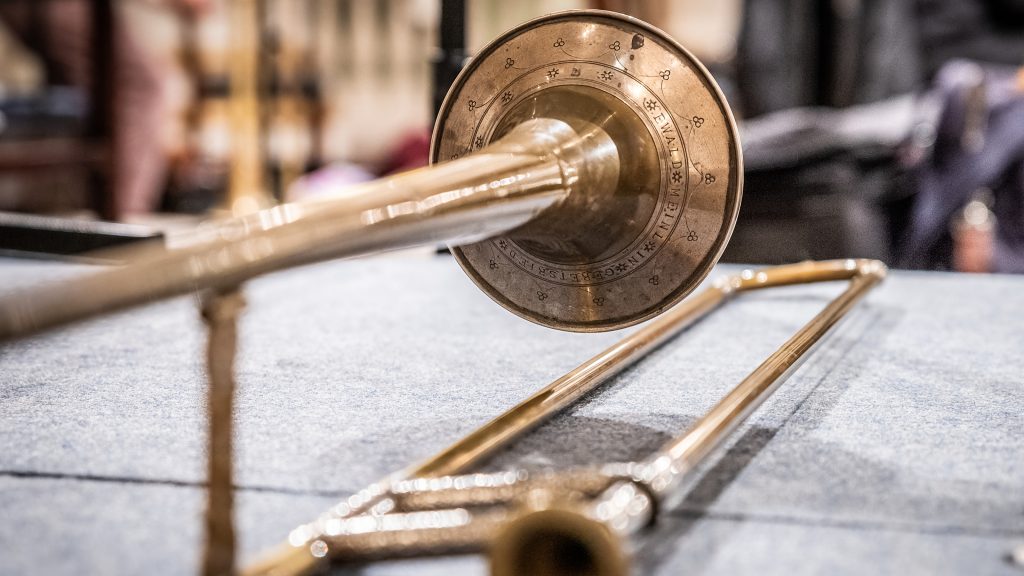 Broadcasting a musical symbol of unity as EU transition ends

The Hanover Band will conclude its celebration of Beethoven with a symbolic broadcast shortly before midnight on New Year’s Eve. The orchestra recorded the composer’s Ninth Symphony earlier this year to conclude a project which not only celebrated Beet… 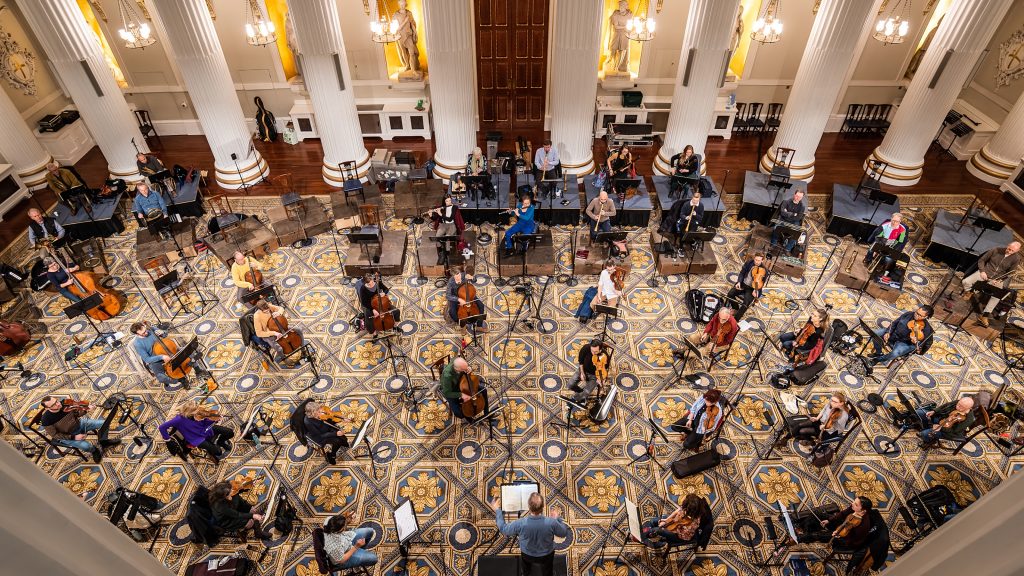 While we all continue to live during a time of uncertainty, The Hanover Band is performing Beethoven’s Ninth Symphony to celebrate the anniversary of the composer’s 250th birthday. It is a fitting conclusion to a project which has helped celebrate The… 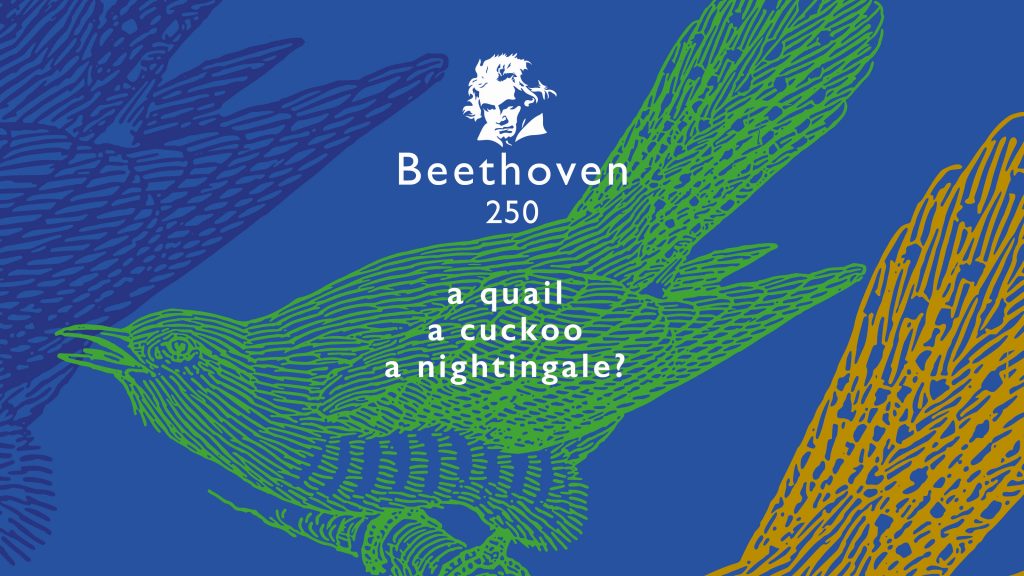 Beethoven and the landscape: How walking in nature influenced his music

He may not have realised it, but Beethoven was an advocate of ecotherapy, which involves being outdoors in nature, long before anyone coined the phrase. The composer would take daily afternoon walks in nature which helped him to think and provided him… 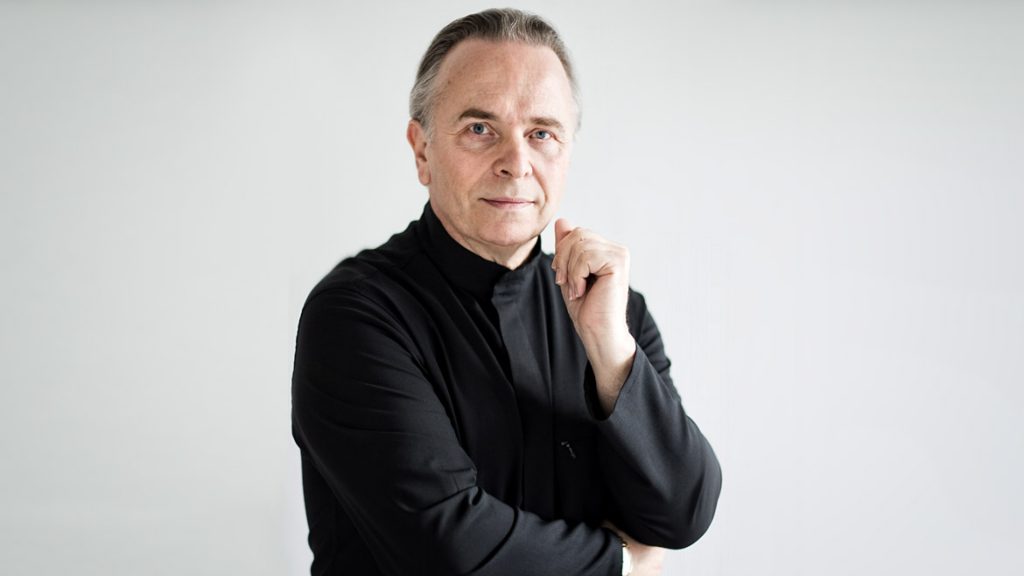 Sir Mark Elder steps in to save Beethoven 9th Symphony

Only last Monday, Benjamin Bayl, Associate Director of The Hanover Band, was talking to Katie Derham on BBC 3’s In Tune about the Orchestra’s recording of Beethoven 9 at the Mansion House, due to be completed later this month. Sadly, Benjamin, one of s… 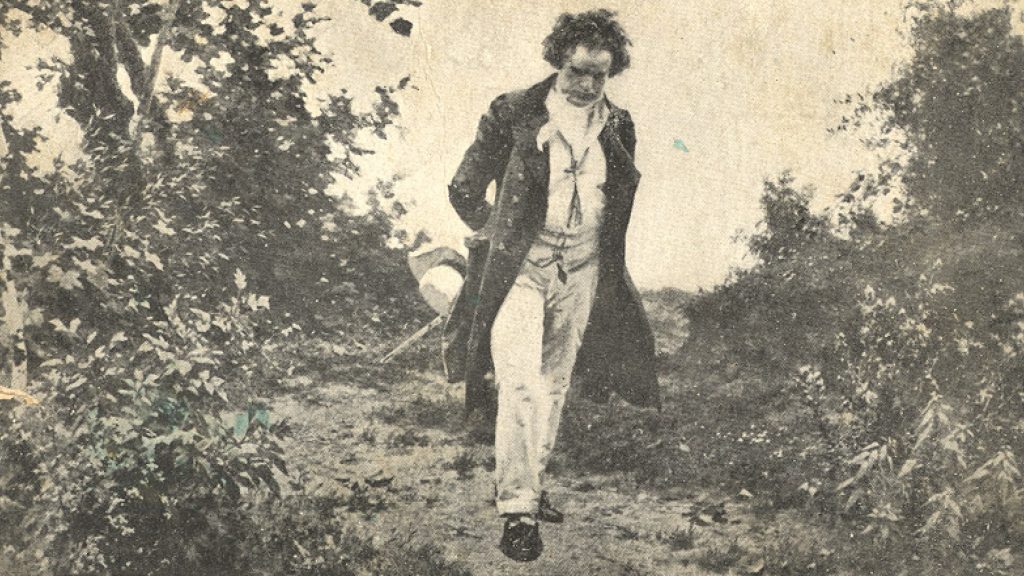 The mood-boosting effects of music have long been documented as having a positive impact on our mental wellbeing. This is something The Hanover Band has found to be a lifeline to their musicians, offering them work at a time when it is in short supply…. 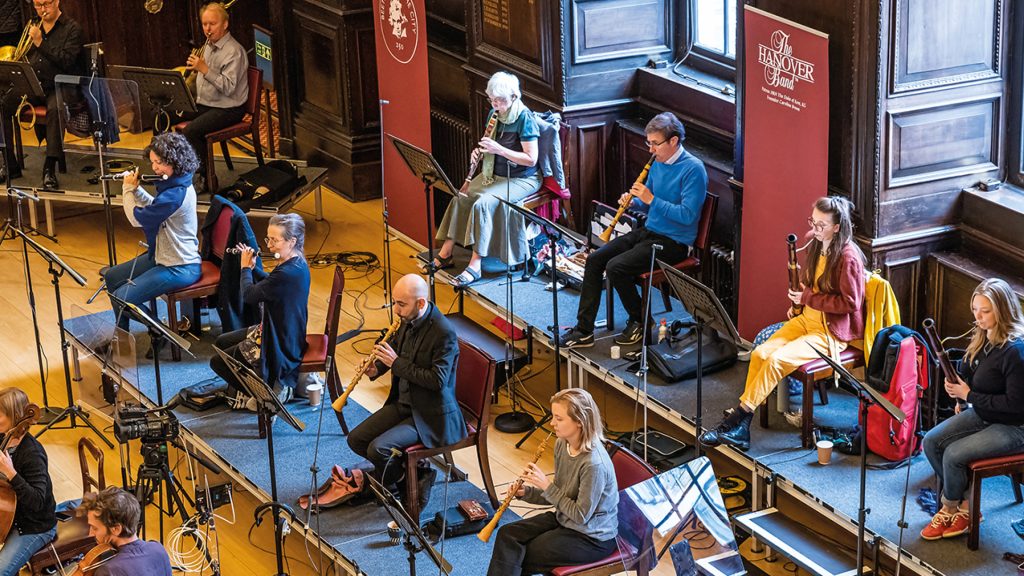 Launching our virtual Beethoven anniversary concerts, performed socially distanced, we are finding unique way to carry on performing during the Pandemic. Local lockdowns are kicking in across the UK, but classical music enthusiasts can still enjoy ‘liv… 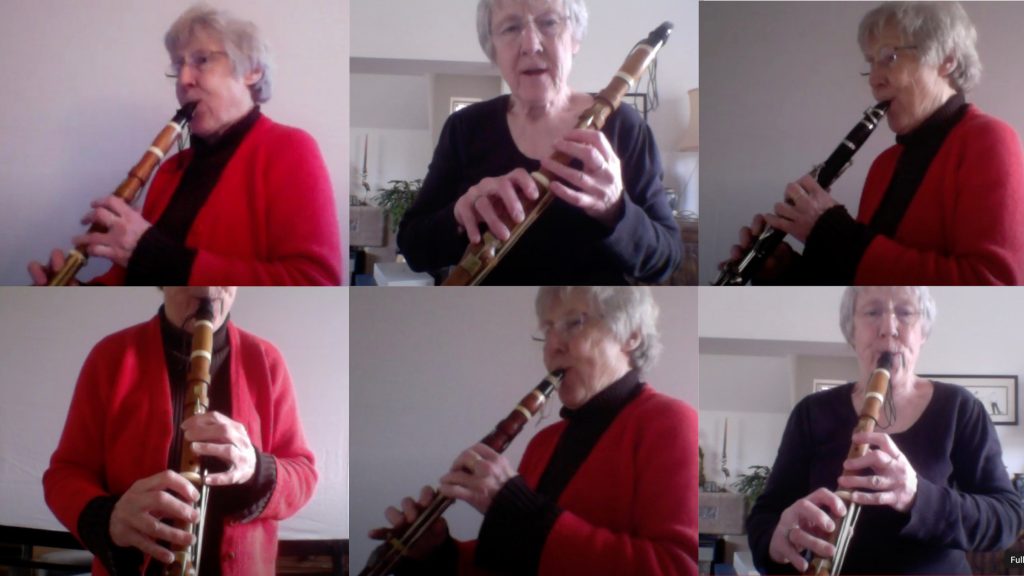 Musician gets tech-savvy to help Chichester University student complete degree. Before the Coronavirus lockdown, clarinettist Margaret Archibald had never considered playing her instruments on YouTube or giving a lesson over Skype. As an experienced mu… 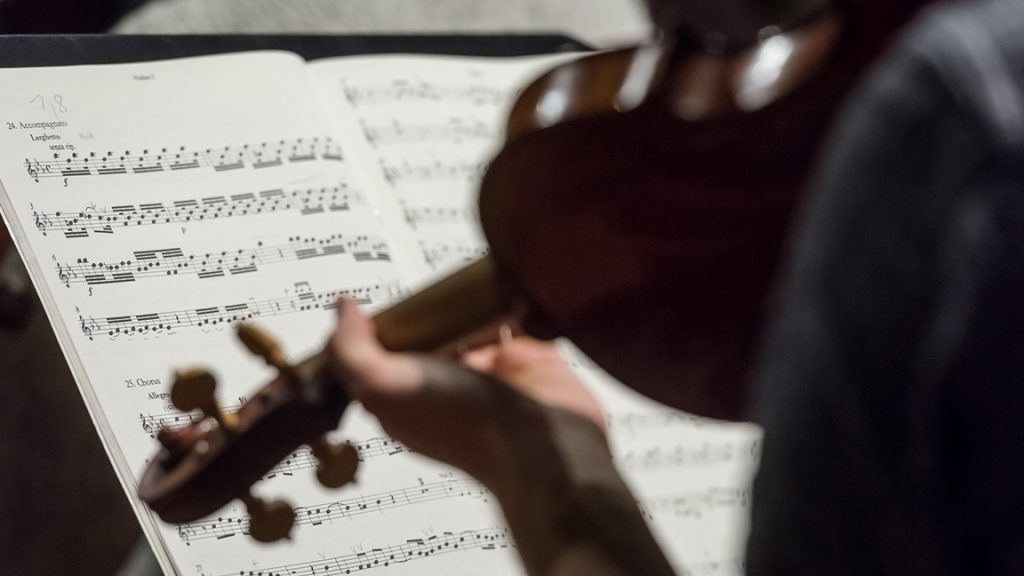 Following the latest government advice about COVID-19, it is with great regret that many of our events through to August 2020 have been postponed or cancelled. The Hanover Band is seeking ways to keep performing as government restrictions begin to lift… 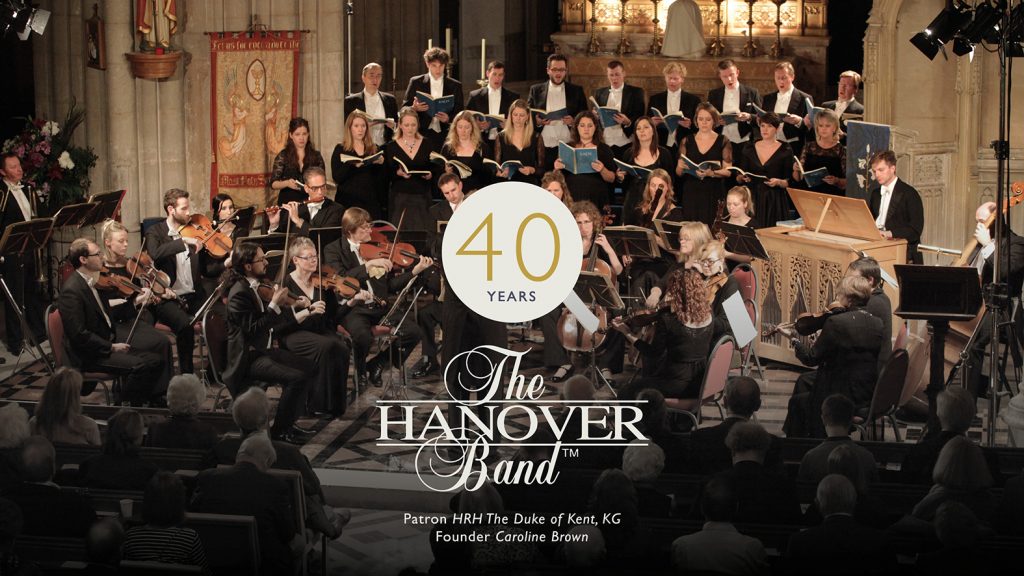 Bite-sized classical music brought to your own home  The worldwide Coronavirus pandemic has temporarily stopped us playing concerts while we all adhere to the Lockdown within the UK. In the meantime, we are launching Ten@10 – an opportunity to enj… 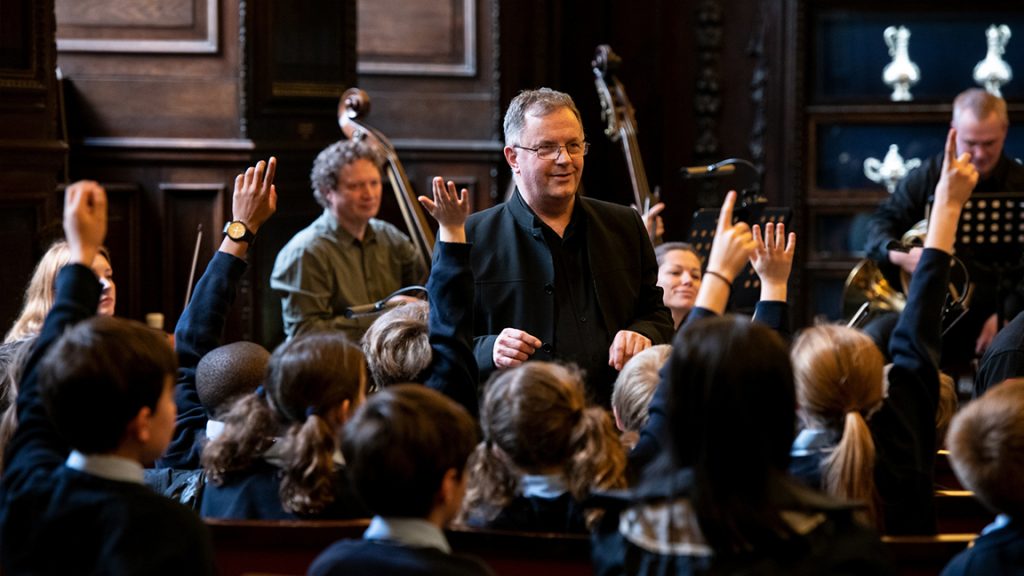 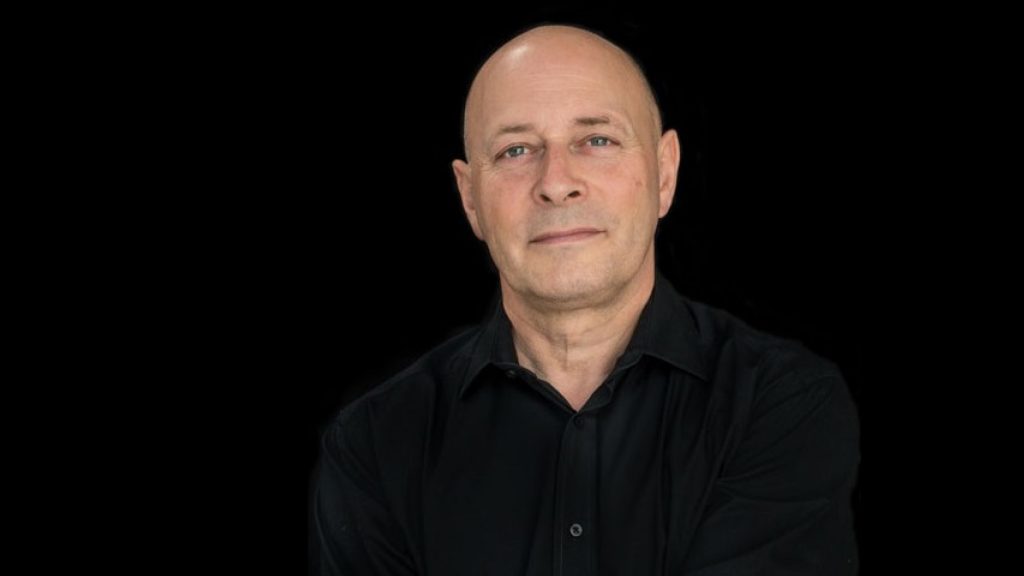 We meet the musicians, discover their story and their passion for performance Benedict Hoffnung has been with The Hanover Band since the very beginning, taking part in numerous performances and helping late founder Caroline Brown shape and hone her vis… 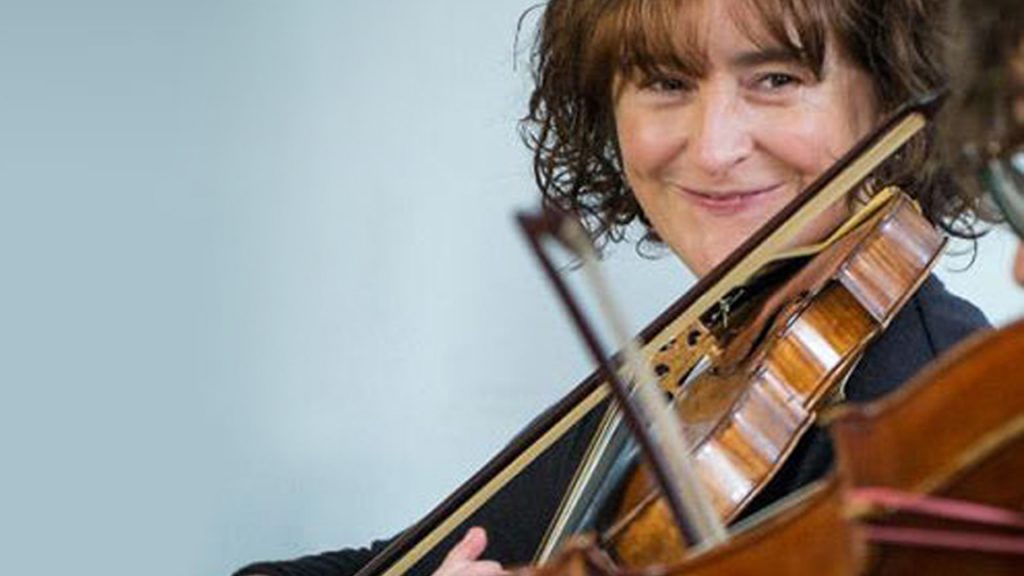 We meet the musicians, discover their story and their passion for performance Kelly McCusker’s passion for music is evident every time she describes playing the violin. Whether it’s plucking the strings on a period instrument for The Hanover Band or pl… 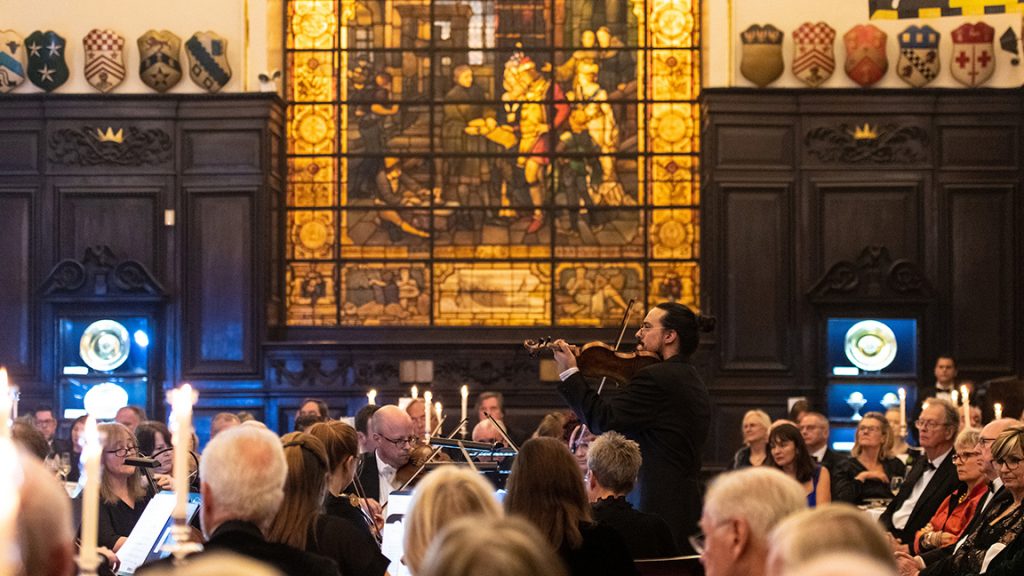 Launch of Beethoven In The City 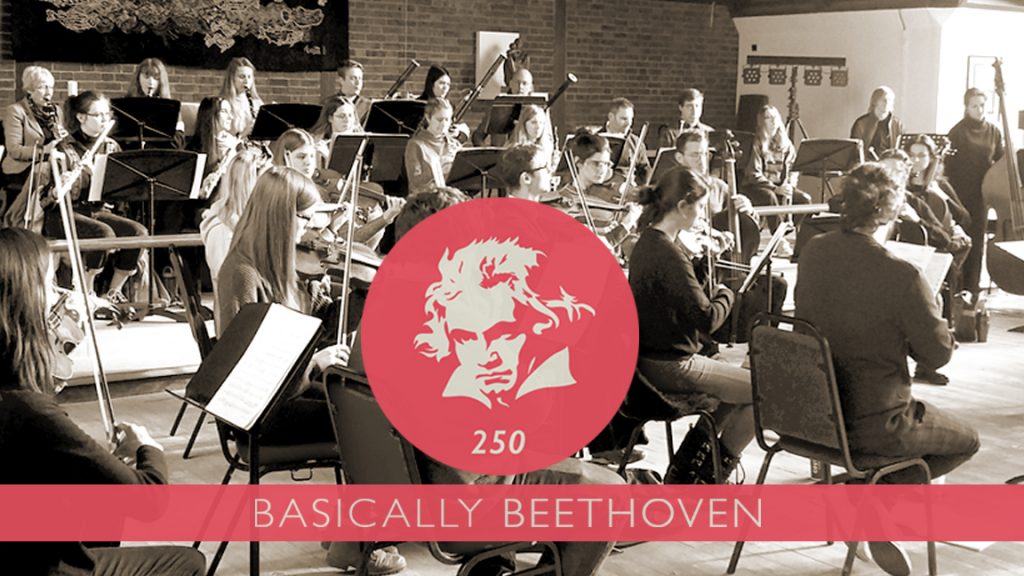 Inspiring future generations to enjoy one of the greatest composers of all time The Hanover Band was founded by Caroline Brown to give an authentic voice to some of the greatest classical pieces ever written, played as they would have been – on period… 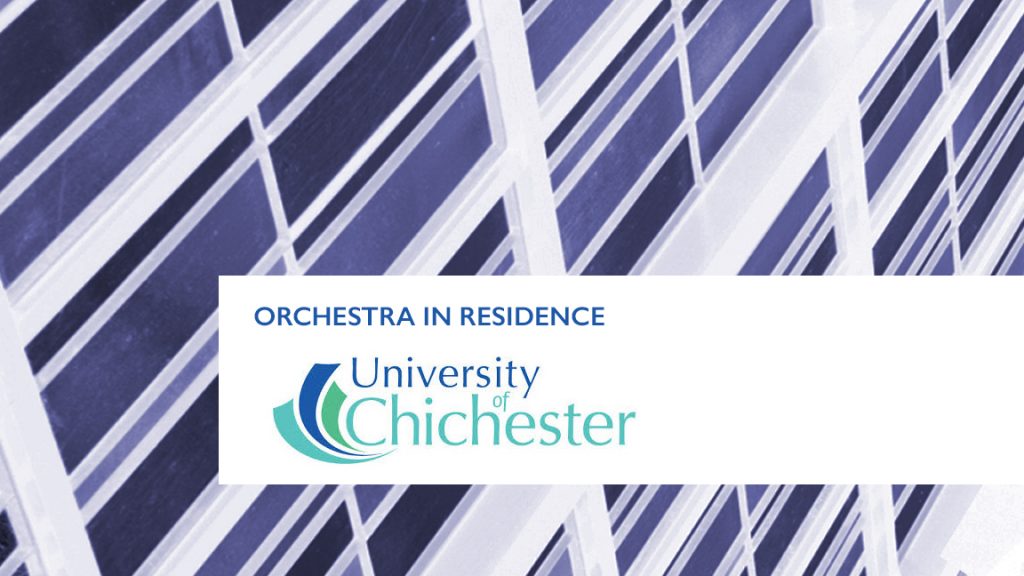 Appointed as ‘Orchestra In Residence’

The Hanover Band is delighted to announce our formal appointment as ‘Orchestra in Residence’ at The University of Chichester. The Band will contribute its ongoing educational work, developing a programme of orchestral performance study for students. To… During February this year Stephen Threlfall (Director of Music at Chetham’s School of Music) together with Principal Players of The Hanover Band ran an intensive 3-day course for students at the University of Chichester. Up to 40 students attended the… 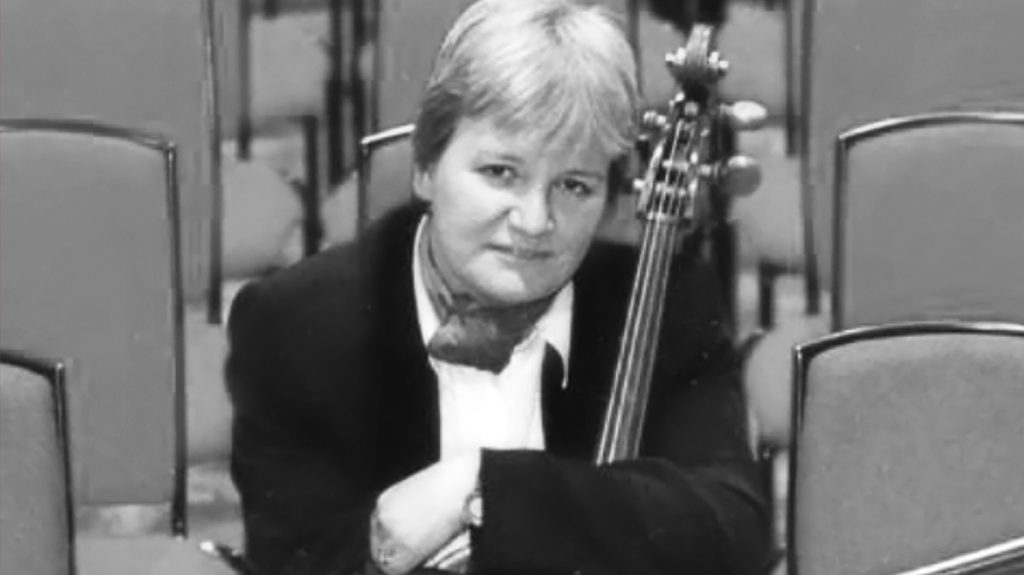 CAROLINE BROWN Cellist who founded a band dedicated to Beethoven CAROLINE BROWN, who has died aged 64, was a cellist who in 1980 founded the Hanover Band to perform and record the music of Beethoven using instruments from the early 19th century. The or… 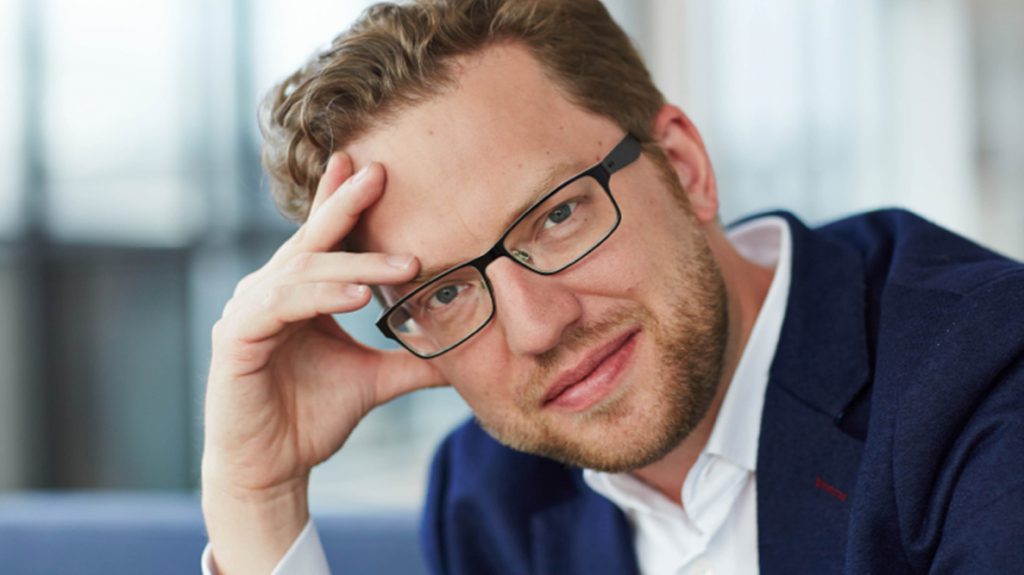 The Hanover Band are delighted to announce that Benjamin Bayl has been recently appointed an Associate Director of the orchestra. Benjamin has worked with the orchestra for several years now and has an excellent rapport with the players. He recently co… 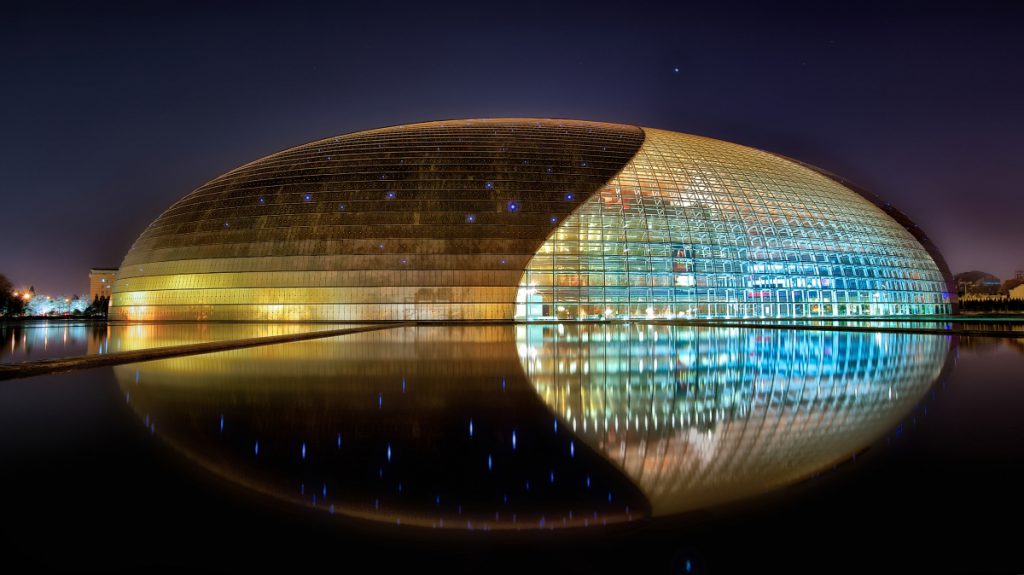 Following The Hanover Band’s debut in China in May 2017, here is a compiled collection of comments and reviews shared online: By @Jingjie on WeChat Board – The HB’s concert, conducted by Benjamin Bayl from harpsichord. Particularly enjoy Vivaldi’s conc… 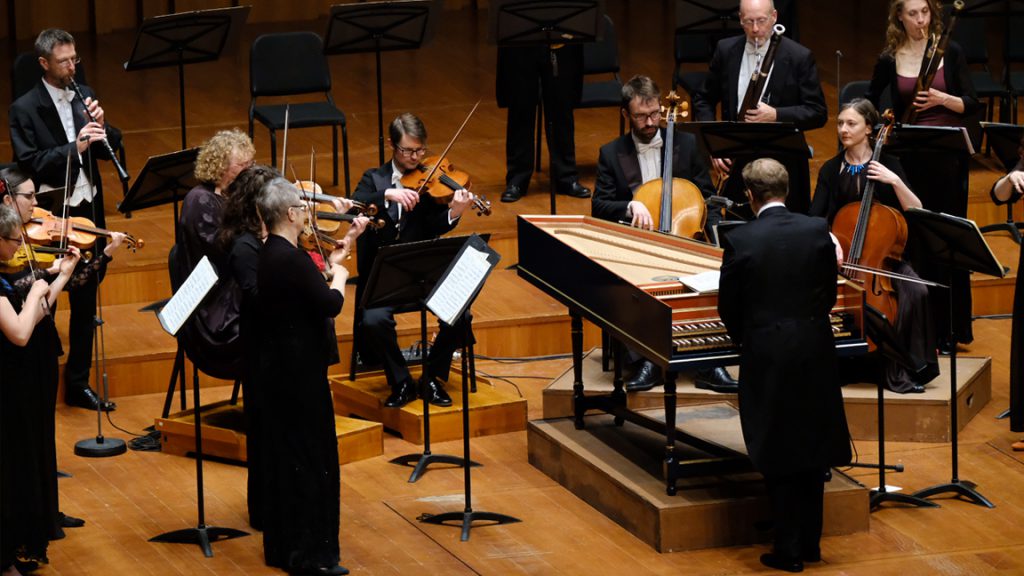 The Hanover Band’s debut in China

The Hanover Band’s debut in China is at the National Centre Performing Arts, Beijing on 7 May 2017. Opening the Spring Festival with a celebration of Baroque music, the concert, entitled ‘Royal Baroque’, under the direction of Benjamin Bayl, includes H… 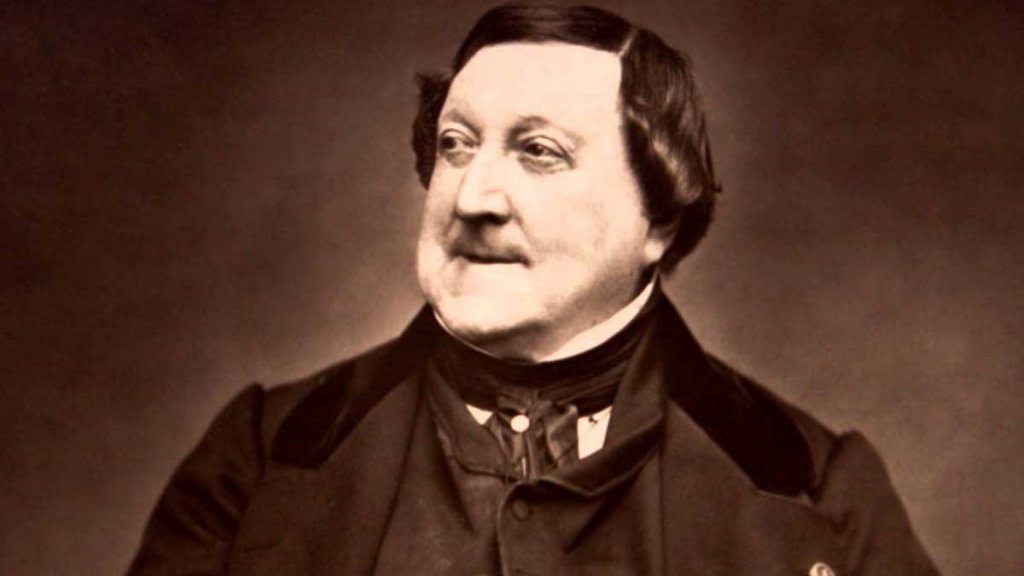 Rossini’s ‘Stabat Mater’, Hanover Band & Chorus/Benjamin Bayl, St John’s Smith Square ★★★★☆ The Telegraph – April 2017 Rossini’s Stabat Mater may be no rarity, but it is rarely given the serious attention it deserves. In the surroundings of the Hol… 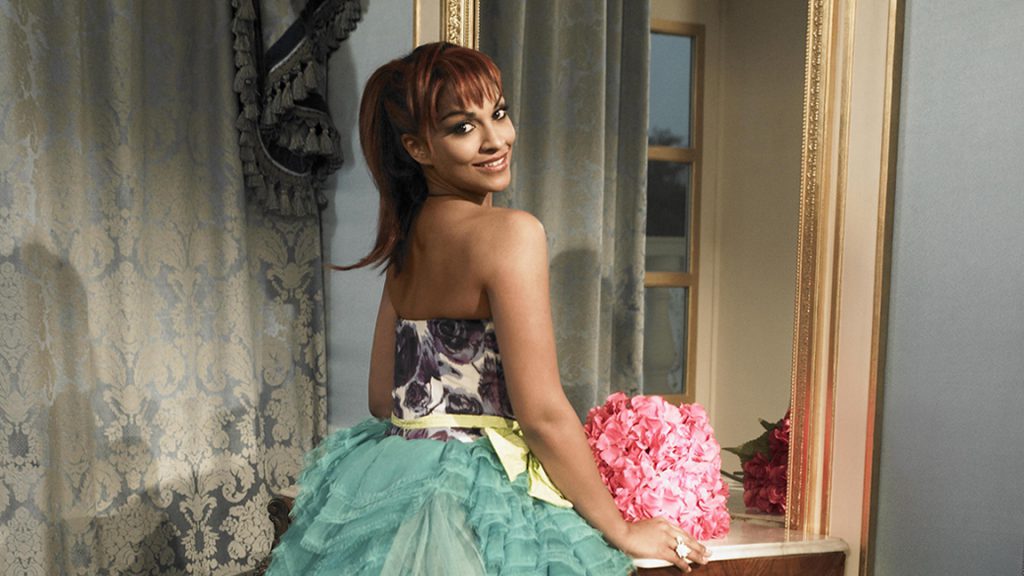 Unlocking the Sounds of History This season The Hanover Band explores the rich sounds of the 1840’s with performances of Rossini’s extraordinary ‘Stabat Mater’ and ‘William Tell Overture’ in St John’s Smith Square, London and Arundel, West Sussex. Duri…