Rossini’s Stabat Mater may be no rarity, but it is rarely given the serious attention it deserves. In the surroundings of the Holy Week Festival at St John’s Smith Square – a venue that more than most avoids the obvious in seasonal music – it received its due as the main part of a programme inspired by this work’s dark orchestral colours. Evoking the anguish of the Mother of Christ before the Cross, the poetry of the Stabat Mater calls for music of a distinctive tint, something the period instruments of the Hanover Band supplied.

Despite being a middle-late work, written after the composer had given up opera, Rossini’s Stabat Mater is sometimes mistakenly viewed as operatic. It certainly did no harm that the evening’s conductor, Benjamin Bayl, has operatic experience and is comfortable with voices, but he was also attuned to the score’s essential starkness and gravity. Even the rollickingly good tune of the tenor soloist’s “Cuius animam” brought to mind Heine’s description of Rossini’s “eternal grace”.

In music that’s all about texture, Bayl unleashed sounds from these period instruments that showed how radical Rossini was, and how indebted to this work Verdi’s Requiem is. But some of the most strikingly unusual effects of all are non-orchestral, for example the chorus with bass recitative, “Eja Mater”. The compact Hanover Chorus sang potently, and among the soloists the women outclassed the men: Gemma Lois Summerfield’s glowing soprano and Caitlin Hulcup’s burnished mezzo each made their mark and blended well in their duet.

But what other works, if not penitential then at least dark-toned, can preface this? Rossini’s Bassoon Concerto is a modern rediscovery and nothing very substantial, so Mozart’s Bassoon Concerto in B flat, K 191, received a welcome airing. A transitional piece from the mid-1770s, it may be old-fashioned with its courtly minuet for a finale, but the slow movement is particularly poignant. The 18th-century bassoon sounds smaller and mustier than today’s instrument, but, with much less silverware than a modern bassoon, is it also even more difficult to play, and the soloist Nathaniel Harrison was impressively nifty in negotiating Mozart’s runs.

These technical challenges had been signalled at the start of the evening by some asthmatic winds in the overture to Rossini’s William Tell. Yet all the colours of what is effectively an Alpine tone poem registered vividly on the period instruments, and Bayl steered this familiar music with fresh imagination.

Read the original review by John Allison at The Telegraph here. 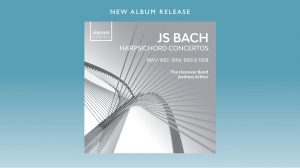